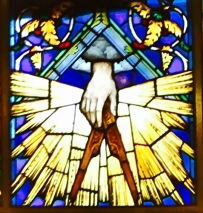 In an article published twenty-years ago, Christopher Wellman introduced legal philosophers to the idea that the duty to obey the law might be based on a duty to do one’s fair share in assisting others.  For reasons that puzzled me, Kit called these ‘Samaritan duties.’  The paper deserved and got lots of discussion, and ‘Samaritan duties’ entered the jurisprudential vocabulary.  I’ve heard someone say Catalans owe a ‘Samaritan duty’ not to seek independence from Spain (Catalonia being a more wealthy part of a less wealthy country), and last week a desperate unionist even told me that Scots now have a ‘Samaritan duty’ not to abandon the United Kingdom (Scotland being a relatively humane part of an increasingly inhumane country).

I admired Wellman’s article, and still do, though I think his argument mistaken.  (Admiring things one considers mistaken used to be normal amongst philosophers.)  But I never understood why Kit thought a duty of beneficence was particularly ‘Samaritan’.  I had one lawyerly worry and one philosophical worry.

Our legal systems have two mechanisms that push back against the selfishness they often aid and abet.  The first is the duty of (easy) rescue, more common in civilian systems than in common law.  The second is not a duty but an immunity.  ‘Good Samaritan statutes’ protect certain people from liability when their good-faith attempts to help others go wrong. A duty to help is different from a Samaritan immunity, though both can deflect tort liability.  So why didn’t Wellman just say his theory was based on a duty to rescue, or more generally on a duty of beneficence?  It was (to me) confusing.

More important than nomenclature, however, is the fact that the Samaritan story in Luke’s gospel (10:25) is not there to teach us to help others in need.  That principle was already entrenched in the Hebrew scriptures and would have been well known to the priest and the Levite who crossed the road to avoid the man robbed, stripped and left for dead.   Nothing in Luke’s story intimates that priests or Levites were devotees of Ayn Rand.  The theological point is that a body in that state could have been ritually unclean—a corpse–so  Jews would then face a conflict of duties: to get close up and help, and to stay away from what could be a dead body.    (Today we might think of American evangelicals who say they are to love all sinners, and also that America has a duty to keep out destitute migrants, who could be rapists and drug dealers.)

The duty to rescue is simply taken for granted by Luke. And not easy rescue:  the hated Samaritan goes far beyond that.  What then is the point?  Remember the context.  A lawyer (νομικός) is trying to trip up (ἐκπειράζων) Jesus, an illiterate peasant getting too big for his boots.  The lawyer asks what he should do to inherit eternal life, and Jesus returns with the question: What do the scriptures say?  The lawyer recites the answer they both know well.  It includes the duty to ‘love your neighbour as yourself.’ (Lev. 19:18) The crunch follows. The lawyer thinks he has now cornered Jesus and asks, ‘and who is my neighbour (τίς ἐστίν μου πλησίον)?  The tone of the question is: and exactly who is my neighbour?  Where exactly do we draw the line?  Jesus’ shocking, over-the-top, answer is absolutely anyone you can actually help, even an enemy, and even at very substantial cost to yourself.

There is something wonderfully anti-nominian in the parable.  Every lawyer knows tactical uses of the question ‘but where would we draw the line?’  But they do not always know that it demands different responses in different contexts.

In North America, we approach not only Lent but income tax season, in which those with resources pay lawyers and accountants get just as close as they can to the line between tax avoidance and tax evasion.  Maybe that is OK.  But in other contexts, our attitude to law’s lines should be: ‘stay well back!’  How do we draw the line between enhanced interrogation and torture, between persuasion and coercion, between misleading and outright fraud?  There is no good, general, answer.  But when we have the line, we should not be trying to get as close to it as we might get away with.

Law is filled with ‘line-drawing exercises’.  It is part of the law’s function to lay down lines in areas where, absent law, no lines exist.  We need lines for guidance, and sometimes for fairness.  But the Good Samaritan parable is mainly about the spirit in which we are to approach law’s lines.  If a ritual duty forbids touching what could be a corpse, the Samaritan duty tells us to push up hard against the artificial line dividing reasonable fear and opportunistic avoidance, even at significant cost to ourselves.

How do we distinguish lines that we may push up against from lines from which we should stay back?  I don’t know, and Luke gives us no help.  But it seems to me that when it comes to the destitute and despised, we do well to push up hard against whatever line suggests we may or should leave them to die by the roadside, or in the refugee camp.

6 thoughts on “A Lenten thought on good Samaritans”